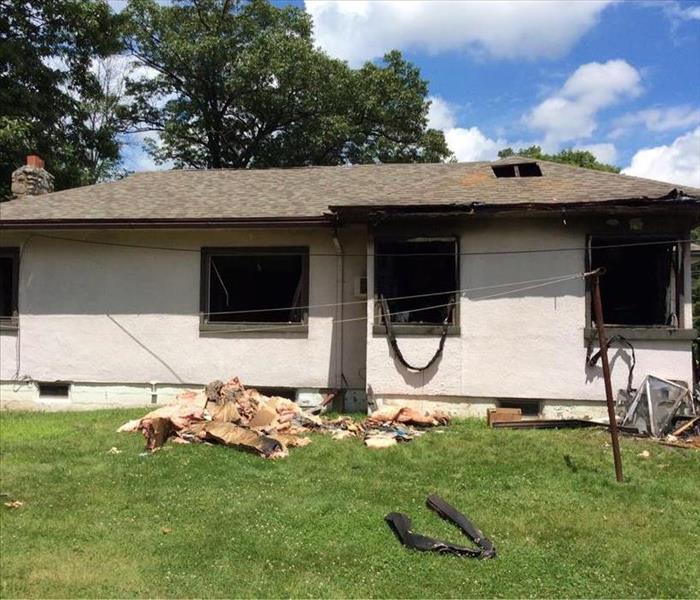 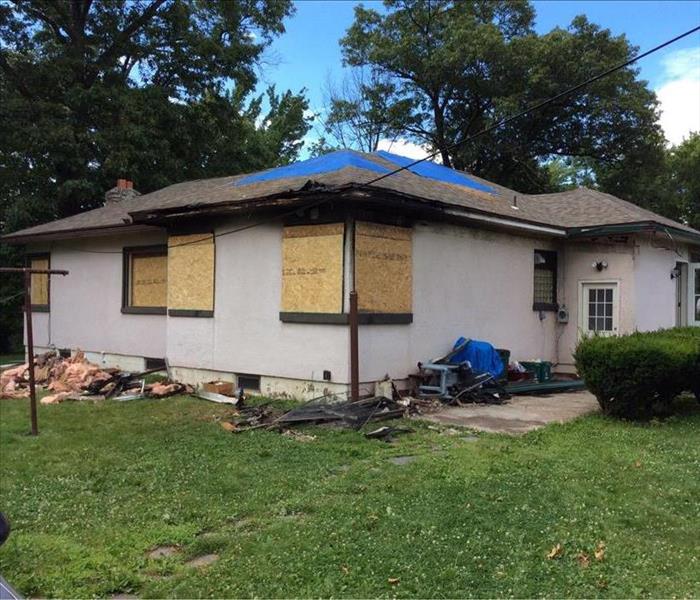 This Fire Damaged home in Pittston, PA was the result of an unfortunate accident. The fire started in a bedroom of the one story home and eventually spread throughout the remainder of the structure. The before picture shows how intense the fire was and the severe damage caused by it. All the windows were blown out from the intense heat and the roof was cut open by the fire department to ventilate the building. The second picture shows the structure after our crews completed an emergency board-up. Our crews arrived quickly after the fire was extinguished. They began by tarping all the holes in the roof and finished by securing all windows and doors with plywood.

View More Before & After Photos