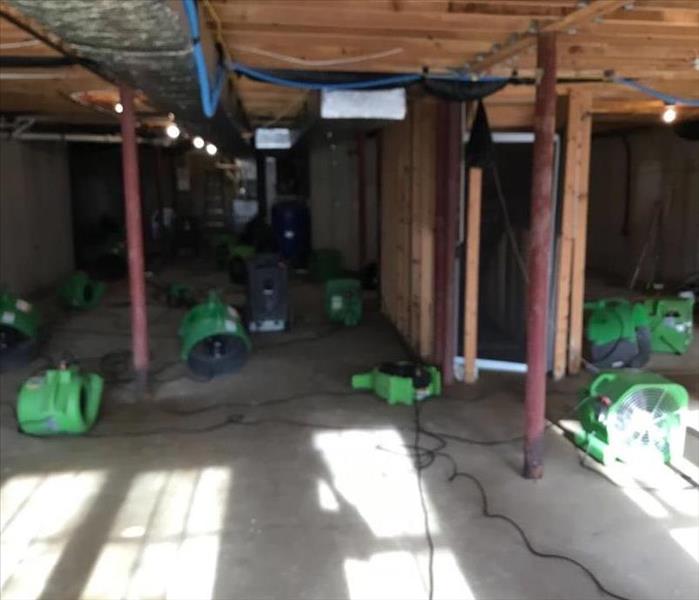 This flooded basement in Albrightsville, PA was the result of a malfunctioning sump pump. This occurred during an extreme rain event that hit the Pocono mountain region of Pennsylvania over a three day period. The before picture shows the entire 2500 square foot basement flooded with water. The water was so deep in areas of the basement that it affected the heating and cooling system for the home. Our crews arrived and began to pump out the water with trash pumps and then finished the extraction with portable extractor units. The relative humidity in the basement was so high that the ceiling joist were starting to condensate. The after picture shows all of the water removed from the home and equipment set up for drying of the structure. The homeowner was very happy!

View More Before & After Photos